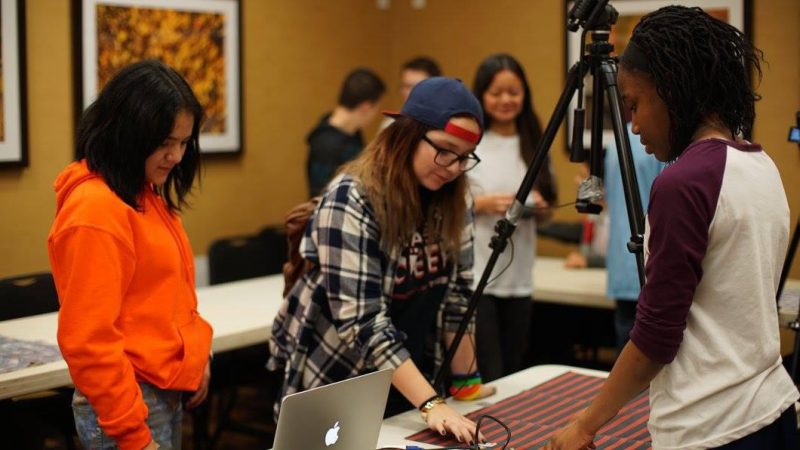 In year three of the Digital Lodge project the participating youth start high school at R.D. Parker Collegiate. This year the students are focusing on developing their skills in using the art of film to tell fictional stories that they have written themselves.

The year started with a special visit by the Cree scriptwriter Jordan Wheeler, a seasoned industry veteran who has written for many productions including North of 60 and Arctic Air. Jordan introduced the youth to the secrets of writing for TV and film and set the tone for the year. Jordan suggested the youth all write scripts for short films about a sasquatch going to school. By year's end the youth had created 11 short fictional films together called Sasquatch High.